why we do it, and why that bothers people

Last week I lambasted MDA a couple of times; this week i'm placing yet another seal of approval on The Scribble Pad -- that ought to get a few people into quite a lather!  However, I don't wind up the latter purposefully, as it gives ME no pleasure to throw rocks at hornets' nests....

No, I particularly applaud the post I just read, discussing fiber.  Wooo first straightens out the misunderstandings of people who do not read her work thoroughly enough to know what she actually does, and why -- she eats plenty of non-animal products, and in fact deplores the fact that too much protein of any kind damages the ketosis that makes her feel her best;  she enjoys meat and would prefer to eat more than she dares.  AND THIS IS WHAT THE IGNORANT DON'T UNDERSTAND -- there are two kinds of people who restrict their diets:  those who WANT to do so, to achieve a particular end (like weight loss), and those who really don't have a choice (they feel horrible when certain foodstuffs hit their systems).

So CS loses weight but doesn't FEEL BETTER on a VLC diet?  She finds it easy to fall off it, because there's no misery attached to eating more carbs.  What happens when Galina breaks her diet and consumes wheat?  MISERY.  It's that simple.

Despite what I learned from Wheat Belly and Grain Brain, it would really be easy for me to eat like "everyone else" -- except that I would feel like HELL.  All those statistics about backsliders from a low-carb diet?  THOSE, who "can't stick with it," are the ones who ONLY get weight-loss or lower BG or some such benefit from it.  But some of us get a lot more than that, and Wooo described a few conditions that help define who those people might be.

I wish I could definitively answer the question in the second part of today's blog-title.  Why DOES it bother people so much that some of us adhere so "easily" to a restrictive diet that causes us to not fit in with "normal people"?

I don't subscribe to the "because they're jealous" philosophy, which I've heard so many times through the decades in response to a wide variety of "why do they hate me" questions.  Too facile, and usually incorrect, so it probably is here, as well.  Others may wish they had our determination, but if they experienced our physical repercussions to an inappropriate diet, they'd probably be determined, too!

It may have something to do with societies being more comfortable when everyone conforms.  But curiously enough, vegetarians get a lot more respect than, for example, wheat-abstainers.  THAT I don't get, unless it's a question of vegetarianism being confounded in people's imaginations with idealism in anti-cruelty and health-consciousness.  Somehow, health-consciousness (eschewing a "whole food group") is a one-way street in this case.

Perhaps certain low-carb-anti's, as Eddie calls them, are hostile because they know, on some level of consciousness, that they're wrong about carb limitation.  Some of the excuses they bring up are patently incorrect (low-carb does NOT fuck up your thyroid, nor give you a mucin deficiency, nor damage a previously-healthy microbiome).  Perhaps if the anti's can convince others to follow their philosophies, it provides them reason to believe that they might actually be right after all?  Or perhaps they have a psychological desire for dominance, but no-one in their personal lives who will fill that role for them?  GOK what the answer is ... and he ain't tellin'.

But just like "carb-deficiency," "probiotic-deficiency" is a nonsense concept where people have a adequately-working GI tract.  Do you poop without distress?  It works.

Chasing the colonic bacteria of a hunter-gatherer population of a different genetic background and on another damned CONTINENT is analogous to chasing NUMBERS in cholesterol or ketones.  WHEN WILL PEOPLE (who should know better) STOP CHASING NUMBERS?!  These things are results of behaviors and physical situations, not causative factors.

...What, you haven't seen THIS graphic recently? 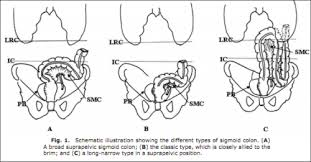 How about this chart?